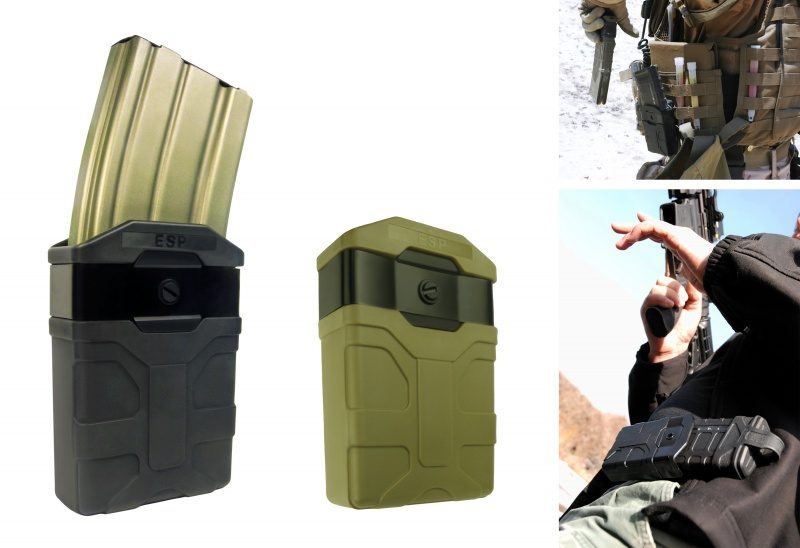 Code:  ESP-04-M16
(0 reviews)
Self-locking universal holder is designated for carrying of absolute majority of metallic or plastic (Magpul, Oberland Arms etc.) magazines 5.56 for the rifles AR15 / M16 / M4.
19,95 € z DDV
Retail price:
Purchase and get 16
Select color:
Vse
out of stock
Send a request
DESCRIPTION
REVIEWS (0)
Did you purchase this product? Write a review and get 20 AMMO points. Collected ammo points can be used to get discount on future orders.
The sophisticated design with the fixation spring enables a quick drawing of the magazine during the so-called combat re-loading. Each user can himself set the desired thrust force of the magazine with use of 3 spacers supplied with the holder. The holder can be used also of other magazines of assault rifles based on the NATO standard – such as British SA80, French Famas, Swiss Sig 556, Italian Beretta AR70/90, South Korean Daewoo K2, Austrian new AUG/A3, Israeli TAR21, or German G36 with appropriate adapter. The holder will be appreciated not only by the rifleman specialise in rifle IPSC disciplines, but also by police officers and soldiers who use similar weapons at their service.
Write a review
Only logged users can write a review.